Norwich are reportedly set to demand £50m for defender Max Aarons, which could ruin Tottenham’s chances of signing him.

The Athletic’s Tottenham journalist Charlie Eccleshare says that Norwich will want £50m for Aarons, regardless of whether or not they are relegated from the Premier League.

He also states that Tottenham might only be able to afford a deal for Aarons if they secure Champions League football for next season.

This means that it could be difficult for them to afford a deal for Aarons in the summer. If they are not able to stump up the £50m Norwich want for the England under-21 international it could be a struggle for them to bring him to London.

Aarons is only 20, but has played in 27 of Norwich’s 29 Premier League games at right-back and been a consistent member of the squad. Despite Norwich being bottom of the table, Aarons has turned in some impressive displays and recently set-up the winning goal as Norwich beat Leicester 1-0, beating his man and crossing for Jamal Lewis to score.

His age and performances could in the Premier League could be why Norwich have set such a high asking price for his signature this summer. 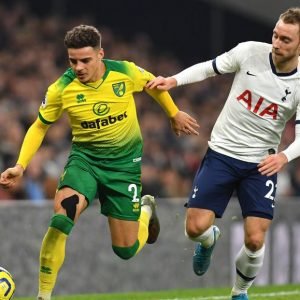 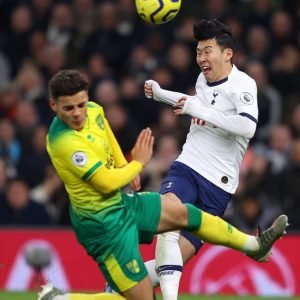