Norwich City look set to lose goalkeeper Ralf Fahrmann as he closes in on a move to SK Brann, which could explain his absence from Norfolk recently.

According to Norweigan outlet AftenPosten, Fahrmann has agreed terms with Brann and is set to sign for the club on loan.

Sky Sports Germany have also backed up their claim, by adding that Fahrmann will join Brann on loan before returning to Schalke in the summer due to a lack of opportunities at Norwich.

This could explain why Fahrmann was not on the bench for Norwich against Leicester last week. Farke also stated to the EDP that Fahrmann will miss the games against Tottenham and Sheffield United due to “personal reasons”, although he did not expand on that at the time.

Fahrmann’s proposed loan move to SK Brann could be the personal reasons Farke was referring to, as he was, and is, in Norway to complete his transfer. This leaves Tim Krul and Michael McGovern as Norwich’s senior goalkeepers, with the latter having conceded eight goals in three appearances this season.

Krul’s excellent form this term kept Fahrmann out of the team, which has led to him now seeking an exit from Carrow Road. Fahrmann arrived on loan from Schalke last summer to challenge Krul for his place, but was only able to help the Dutchman up his own form and solidify his place as City’s number one. Krul has made some superb saves this season and kept Norwich in plenty of games, including saving two penalties in one match against Manchester United.

Hopefully, Krul is able to avoid any injuries or suspensions between now and the end of the season to avoid the possibility of having to deploy the third-choice goalkeeper, McGovern, in the Premier League.

Is McGovern a good enough to be a back-up Premier League goalkeeper? 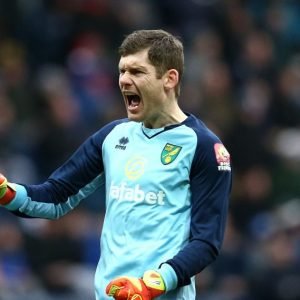 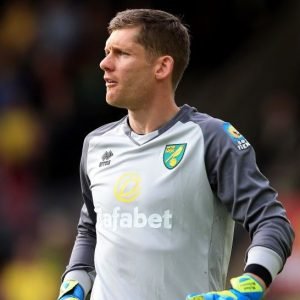