Norwich have been dealt another injury blow as Christoph Zimmermann is set to miss their clash with Wolves this weekend.

Daniel Farke has given Zimmermann a 5% chance of playing after the German defender suffered a hamstring injury during the week, with Norwich traveling to Wolves on Sunday.

Speaking to EDP’s Paddy Davitt, Farke confirmed that Zimmermann is likely to miss out.

Zimmermann has had a stop-start season due to injury and this is yet another blow for his personal campaign, and for Norwich’s.

This now leaves Farke with just two fit centre-backs available, in Grant Hanley and Ben Godfrey. Timm Klose remains sidelined, having not played a single Premier League game this season due to injury.

This means that, unless Farke plays a player out of position, Godfrey and Hanley could be paired up for the game against Wolves on Sunday. The pair have played in three Premier League games together this season, with Norwich conceding eight goals in those matches – against Liverpool, Newcastle and Chelsea respectively, at the start of the campaign.

The German giant, Zimmermann, also averages more tackles won and clearances made per game than both Godfrey and Zimmermann. This means that Norwich could struggle to deal with balls into the box without him, due to Zimmermann’s ability to clear danger in the penalty area.

Godfrey and Hanley now need to step up, as a pair, and show that they can do better than they did in their previous games together, which yielded more than two goals conceded per match. 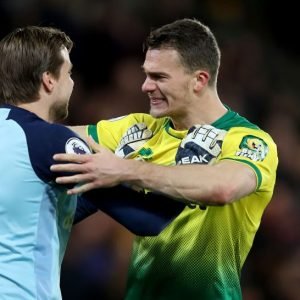 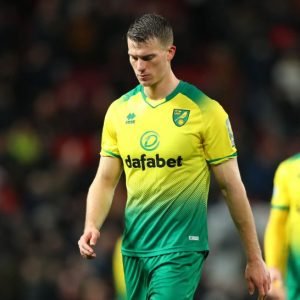