Norwich sporting director Stuart Webber has confirmed that the club are interested in signing Luxembourg international Danel Sinani in the summer.

Webber has revealed that he fits the type of player they look to bring in and they would be happy if they can strike a deal.

Sinani is out of contract at the end of the season, which means that Norwich could sign him on a free transfer in the summer.

Speaking to The Pink’Un, Webber said:

For sure he’s a player of interest to us whose contract is up this coming summer. We were never going to bring him in January.

He’s one we’re interested in for the medium term, he’s a good player, albeit playing at a very difficult level to really assess but again he fits the type of player that we look for.

If we could do something we would be really happy.

We respect he is under contract to his current club, although with a European player we can officially speak to him. It’s not right to talk too much but I am not going to sit here and lie and say we don’t know him or he is not a player of interest.

This suggests that he has plenty of promise, given that he only turns 23 in April. He has also been capped 14 times by his country, Luxembourg, and has scored three goals, showing that he can also produce at international level as well as domestically and in Europe.

With his age profile and goalscoring statistics, he could be a player Daniel Farke can coach and improve in the mid-to-long-term. He is capable of playing on either wing or through the middle, but is predominantly left-footed.

If he does join Norwich, it would be interesting to see where Farke would see his best position, with Emi Buendia and Todd Cantwell currently occupying the wide areas and Ondrej Duda – the current number 10 – set to return to Hertha in the summer.

With Duda going back to Germany, a spot could open up in the hole behind the striker. This means that Sinani could compete with Marco Stiepermann and Kenny McLean for a place in the team next season, if Norwich are able to complete a deal for the forward.

Would Sinani be a good signing? 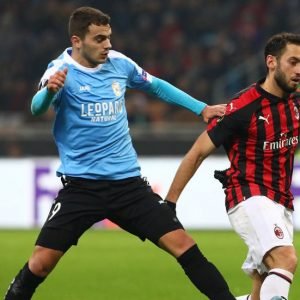 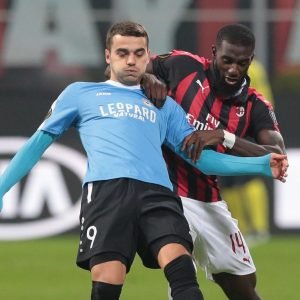