Norwich head coach Daniel Farke says that he will stay at the club and see out the rest of his contract, regardless of what happens this season.

Farke says that he always honours his contracts and that Norwich his deal does not expire until the summer of 2022. This means that he will be at the club for, at least, another two seasons after the current campaign.

Speaking to German outlet NTV, as transcribed by The Pink’Un, Farke said:

I’m very grateful for that. There is probably no coach in all of Western Europe who has such a backing and a secure position as I do. I signed a long-term contract in Norwich with conviction and I feel exactly in the right place.

If you look at my career, you will find that I have always fulfilled my contracts in eleven years as a trainer.

There is currently no room for other scenarios. But as long as we have the chance to stay in the league, we will do everything we can to create this little miracle.

Despite Norwich currently sitting bottom of the Premier League, it is hard to blame Farke for the club’s predicament. Whilst, as he says, he has been backed personally by the club, he has not been backed in the transfer market.

Norwich spent less than every club in the division aside from Liverpool, who only signed two players for their youth team. The Canaries opted against investing in their squad in order to stay in the Premier League, deciding to hand new contracts to the players who earned them promotion – which has not worked out as well as they may have hoped.

Some players have been unable to make the step up in quality, and it is that lack of quality that has cost Norwich in games this season.

For example, attacking midfielder Marco Stiepermann – who was influential in the Championship – has contributed zero goals and zero assists in 17 Premier League appearances.

It was Farke’s excellent style of football and coaching which led Norwich to the Premier League. He brought through academy products Todd Cantwell, Ben Godfrey, Jamal Lewis and Max Aarons and played a free-flowing passing style in the Championship.

It could be a huge boost for Farke to stay at Carrow Road and attempt to earn promotion back to the top-flight if the Canaries are relegated back down to the second tier at the end of this season.

Do you trust Farke to get Norwich back up if they are relegated? 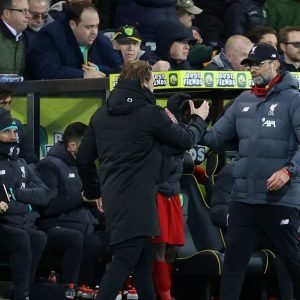 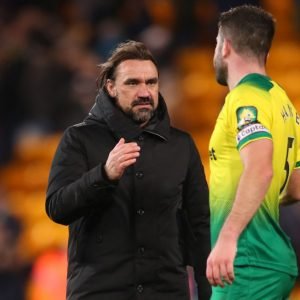