Tottenham are reportedly eyeing up a summer swoop for Norwich centre-back Ben Godfrey.

According to The Express, Tottenham have watched Godfrey several times and are preparing a move for the defender at the end of the season.

The report claims that Norwich are set to demand £50m for his signature, with Arsenal, Borussia Dortmund and Lyon all said to also be interested.

Godfrey is young, English, and has Premier League experience, so that could be why so many top clubs are looking to sign him this summer.

He is only 22-years-old and has started 18 Premier League games for Norwich this season at centre-back, although he has recorded an unimpressive WhoScored rating of 6.48.

There have been some mitigating factors, though, with Godfrey playing a long stretch of games without a recognised centre-back partner. Ibrahim Amadou, a defensive midfielder, was forced to play at centre-back next to Godfrey whilst Grant Hanley and Christoph Zimmermann were both out injured.

This meant that, despite being one of the youngest players in the squad, he was being made to carry the defence and lead Norwich in their battle against relegation, which is a big ask for an inexperienced young player.

Despite this, he has shown glimpses of quality at the back. He has made some excellent blocks and interceptions and has a brilliant range of passing from centre-back. Godfrey is comfortable on the ball and good at bringing it out from the back to start attacks, whether that be from a short pass or a cross-field ball – with a pass completion of 89.7% in the Premier League.

This is why we feel Tottenham may be keen on signing him, due to his overall potential and ability on the ball. 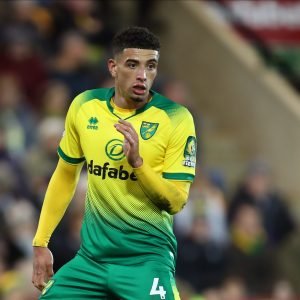 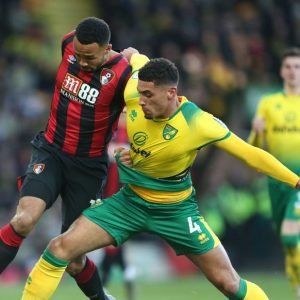