Liverpool goalkeeper Alisson says that he is expecting a tough game against Norwich on Saturday.

Despite the two sides being at opposite ends of the table, Alisson is not prepared to take Norwich lightly and is ready to face anything.

Alisson says that every Premier League game is difficult, but Liverpool need to enjoy being on top and work hard in each match.

We are expecting a tough game. Every game in the Premier League – no matter if you are top or bottom – always is a difficult game. We need to prepare ourselves in the best way that we can in this week and be ready for everything.

We are enjoying this time because it’s good to be on the top.

Not great reading if you’re a Norwich fan hoping Liverpool might take their foot off the gas against the team bottom of the Premier League.

Alisson appears focused and determined to keep Liverpool’s incredible run going, regardless of who they are up against. The Reds have won 24 of their 25 Premier League matches this season, drawing once, and have a chance of matching Arsenal’s invincibles campaign if they avoid defeat in the last 13 games.

Alisson has kept nine clean sheets in his last 10 Premier League appearances, but is set to be up against one of the best strikers outside the top six in Teemu Pukki.

Only Danny Ings and Jamie Vardy, outside of the traditional top six teams, have scored more Premier League goals than Pukki, showing that he is one of the best forwards out of the other 14 clubs.

He has struck 11 times in the league, including one at Anfield on the opening day, although that was against Adrian. Hopefully, Pukki will be able to beat Liverpool’s other goalkeeper on Saturday and help Norwich secure an incredible result.

Is Alisson the best goalkeeper in the world? 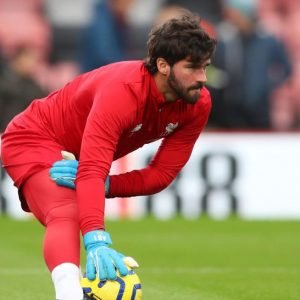 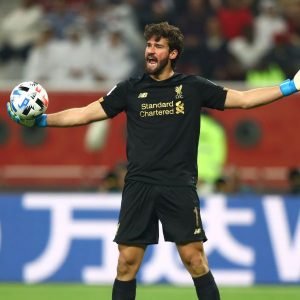