Norwich City strengthened their squad in the January transfer window as they brought Ondrej Duda in on loan from Hertha Berlin.

Duda fell out of favour under Jurgen Klinsmann at Hertha in German, leading to his move to Norwich in January. However, Klinsmann has now left his role as manager of Hertha, which could have opened the door for Duda to return.

Instead, The Pink’Un report that there is no option in his loan deal for Hertha to recall him and Norwich will retain his services until the end of the season, as agreed.

This is a huge relief for Norwich given Duda’s impressive start to life in England with the Canaries. He has started all three of Norwich’s games since arriving at the club, helping Daniel Farke’s side to pick up a respectable four points.

Duda has averaged a WhoScored rating of 7.32 for his performances across those three games, which no Norwich player can better over the course of the campaign. Emi Buendia is the only Norwich star who is level with him, with Kenny McLean and Sam Byram the closest behind the two on 6.79. This illustrates how well Duda has settled into life in England, with him already producing excellent performances.

He was key in Norwich beating Bournemouth 1-0 on his debut at Carrow Road. Teemu Pukki saw his initial effort blocked, with Duda sending the ball towards the top corner from 25-yards – only to see centre-back Steve Cook tip it onto the post with his hand. The defender was sent off and Pukki scored the resulting penalty, which ultimately won Norwich the game.

Hopefully, Duda can continue to make an impact at the top end of the pitch and help Norwich pick up as many points as possible before the end of the season. Norwich are currently seven points adrift of safety, so need something special to avoid the drop back down to the Championship.

Have you been impressed with Duda so far? 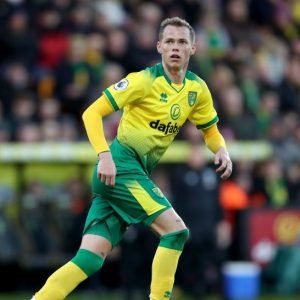 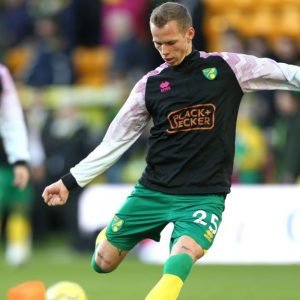