Norwich head coach Daniel Farke is potentially facing a huge selection dilemma heading into his side’s next match against Liverpool.

The Canaries host the Premier League leaders at Carrow Road after the winter break and defender Ben Godfrey returns after a three-match ban.

Godfrey was sent off during Norwich’s 1-0 win over Bournemouth and subsequently missed games against Tottenham, Burnley and Newcastle.

Christoph Zimmermann and Grant Hanley both started all three of those games, conceding three goals in the process. After a clean sheet at Newcastle last time out, would Farke drop one of them? If you go off his comments last month, yes.

Upon his return from injury ahead of the Bournemouth clash, Farke admitted that Godfrey would start as soon as he is fit – despite Hanley and Zimmermann both being fit and playing at the time.

Speaking to Michael Bailey, of The Athletic, Farke said:

As soon as Ben Godfrey is good to go, he will start.

This suggests that Farke could make a similar decision against Liverpool. But, who should he drop if he does?

I think it should be Hanley as, quite simply, he is not as suited to Norwich’s style of play as Zimmermann and Godfrey are.

He is more of a traditional defender in the sense that he likes to just clear the ball away and punt it out of play, rather than staying calm and trying to retain possession and build the play from the back.

In positions where he could come across and take the ball before playing a simple pass to a teammate, he often just charges across recklessly and sweeps it out for a throw-in – allowing the opposition to keep possession of the ball.

Zimmermann and Godfrey, on the other hand, are comfortable with the ball with their feet. They look to keep hold of possession with their defending, rather than usuing aimless clearances that just invite more pressure on the defence.

They are also able to create space and find clever passes between the thirds for Norwich, whilst Hanley is limited with his ability on the ball. The Scottish international too often hits a ball across to the left and straight out for a throw-in, rather than playing an intricate pass between the thirds to open up the play and create space for Norwich’s midfielders to work.

This is why I believe, if Farke wants to start Godfrey, Hanley should be the one to be dropped.

However, I will add that it would be harsh on the club captain, who has had some good moments since returning from injury.

With Norwich in a relegation scrap, though, Farke could do with using his best XI whenever possible and if he thinks that includes Godfrey, he needs to play him.

Who would you drop for Godfrey? 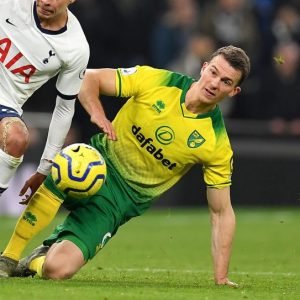 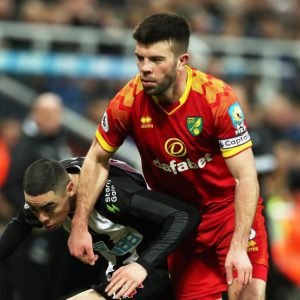