Two of Norwich’s biggest assets heading into the 2019/20 campaign were their two fullbacks Jamal Lewis and Max Aarons.

This is because they had both been named, alongside Teemu Pukki, in the Championship Team of the Season after their promotion-winning campaign.

However, the transition into the Premier League has not been as smooth for the pair as people perhaps expected. Whilst Max Aarons has started 23 of Norwich’s 25 Premier League games, Jamal Lewis has been restricted to just 13 starts.

Sam Byram was signed from West Ham in the summer on a permanent deal to provide competition for Aarons at right-back. However, the former Leeds man has taken Lewis’ position at left-back and has been performing admirably – currently joint-third in Norwich’s squad for WhoScored ratings this season.

Despite his impressive performances, the fact remains that Byram is very much a right-footed player playing out of position on the left. Defensively, he is excellent and there is no Norwich defender with more tackles or interceptions in the Premier League this season than Byram.

Yet, Norwich are often caught in tough situations due to Byram forcing the ball onto his right foot. When trying to build play down the left, Byram often cuts back inside and plays the ball back to whoever is at left centre-back, rather than playing the down the line or beating his man to open up space for the likes of Todd Cantwell, Ondrej Duda and Emi Buendia to work in.

With Lewis, he is able to play the ball, naturally, with his left foot and bypass the press from the opposition, whilst also being able to dribble with the ball on the outside and open up room in the middle third.

This is why it could be a good decision from Daniel Farke to bring Lewis back into the fold in the Premier League, due to his ability on the ball and the impact it could have in an attacking sense during the build-up play.

If he does opt to revive Lewis’ starting berth, Farke would then need to decide whether to drop Aarons or Byram. Both have performed well this season and it would be an incredibly harsh call to make, but one that may need to be made in order to improve the team and add more balance in Norwich’s width play.

For me, it’s a toss of a coin. Byram is better defensively, with the stats mentioned above, but Aarons creates more chances per-game and dribbles per-game. This means that it would come down to whether Farke would prefer defensive solidity or attacking prowess down the right flank.

Should Jamal Lewis start in the Premier League? 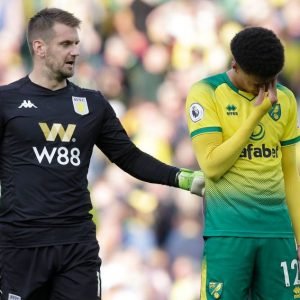 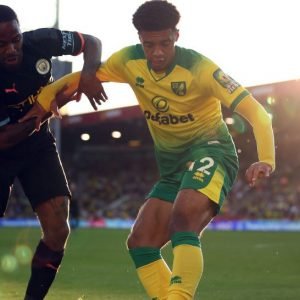