Norwich’s crucial win away at Leeds last weekend ensured drew level on points with Marcelo Bielsa’s side, and the importance of the match to both sides was apparent in the aftermath between Ben Godfrey and former Canaries loanee Patrick Bamford.

Dutch goalkeeper Tim Krul, whom himself was involved in the melee that proceeded the final whistle, had this to say about the situation, commenting in particular on Leeds’ fans annoyance at the time it took Krul to take goal kicks.

Krul has struggled for game time over the past few years, especially since his departure from Newcastle, and has begun to relish the passionate atmosphere of the Championship.

Leeds is known for its fanatical supporters. A big club. I even got coins to my head. One just flew past my head, not normal. That makes it wonderful to win there. 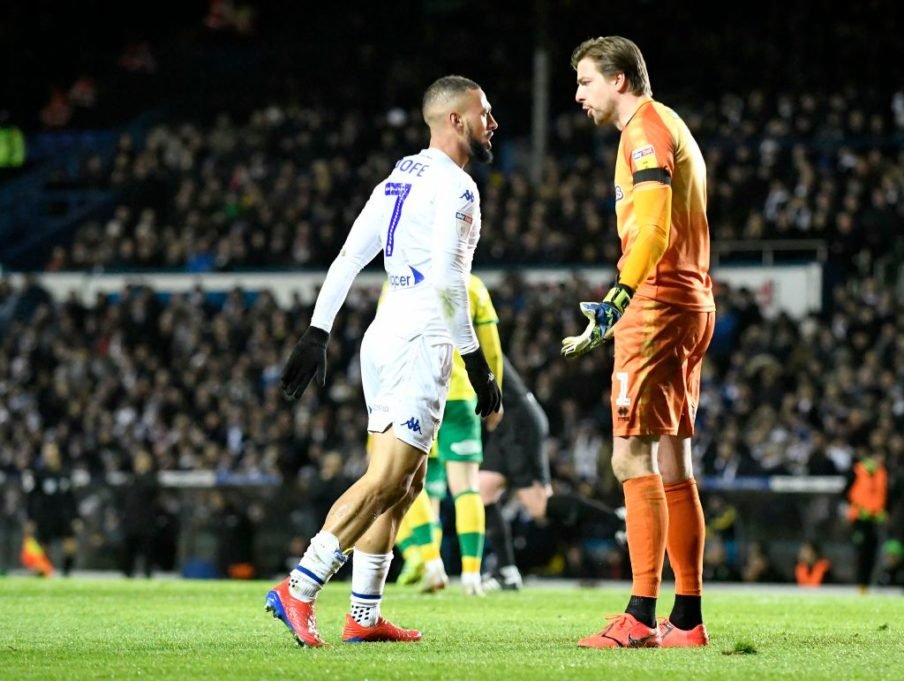 Following the scuffles at full-time, Krul was cleared of any wrongdoing in the week and hence is available for Norwich’s home game against relegation-threatened Ipswich on Sunday afternoon.

The Championship promotion race is really hotting up. Sheffield United are just three points behind the Canaries and Leeds, whilst West Brom and Middlesbrough both have a game in hand, so the pressure isn’t going to go away anytime soon.

Further controversy continues to surround Bielsa’s reformed Leeds side, following on from the spy gate incident, and Norwich seems to be well versed in provoking their opponents in order to gain advantages both on and off the pitch.