Norwich City have been handed an injury boost, with midfielder Louis Thompson revealing that he is set to return at the end of the month.

The young midfielder picked up a hamstring injury in the East Anglian Derby against Ipswich Town after coming on as a substitute. The former Swindon Town man was forced to stay on the pitch due to Norwich using all their available substitutions.

The midfielder has struggled with injuries throughout his Norwich career. Thompson has missed the last two seasons with Achillles injuries but has returned to the side this season. 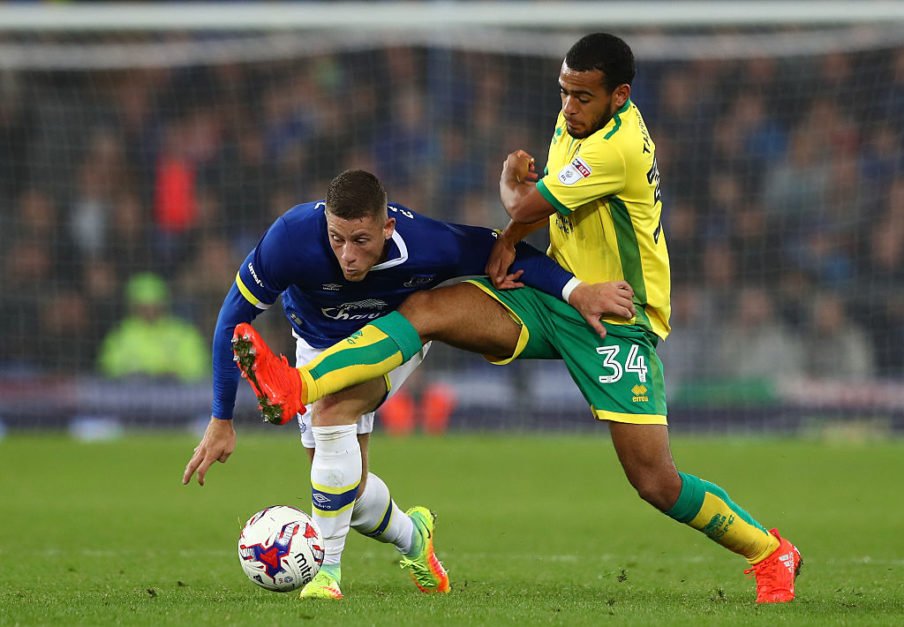 Speaking to the Eastern Daily Press at the launch of the Community Sports Foundation’s launch of their new “The Nest” facility, Thompson revealed that he is set to return to action at the end of the month.

“I’m feeling much bette. The physio team are right behind me and will get me back in the right shape possible. We are working now towards the end of the month being back.

“With muscle injuries you don’t want to rush them but you also need to be aggressive. I was gutted because at the time I felt I was playing quite well. Now I have to be patient – listen to my body and I will be back as soon as possible.

Norwich take on Middlesbrough at Carrow Road on Saturday, before travelling to Reading and Queen’s Park Rangers.