Norwich City star Jamal Lewis is aiming to secure his place in the Northern Ireland first-team after earning his second international cap.

The 20-year-old featured for the whole 90 minutes in the 2-1 defeat to Bosnia and Herzegovina on Saturday, and is keen to replace the departing Chris Brunt at left-back in the near future.

Speaking to the Belfast Telegraph, as cited by Pinkun, the youngster spoke of how he wants to learn from Brunt, who is retiring from International football at the age of 33.

Obviously he’s a brilliant player and very experienced. Now I just want to make this left-back spot my own and help the team as much as possible, kick on and get some wins. 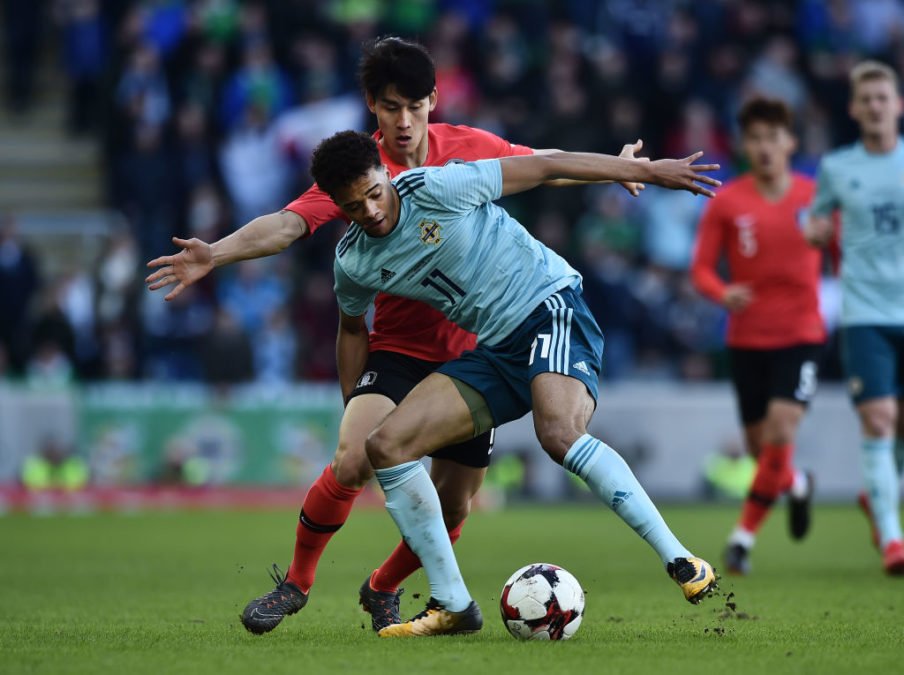 Lewis emerged from the Canaries’ academy to make 24 appearances last season, as he recovered from a knee injury to become City’s first choice left-back.

He has since progressed further and started four of six Championship games so far this campaign, as Norwich sit 17th.

His fast development earned him international recognition, and he was handed his Northern Ireland debut in a friendly win over South Korea in March. He was included in the squad for more recent friendlies against Panama and Costa Rica but was rested.