Tottenham have been heavily linked with a summer move for Norwich star Max Aarons throughout the year.

The Daily Mail claim that they have been constantly ringing Norwich to check on his availability, whilst The Athletic have reported that Norwich are set to demand £50m for Aarons from Spurs if they come in for him.

This means that Spurs could potentially be moving on from their interest in Aarons and focussing on other targets, for now at least.

Aarons’ £50m price tag could have convinced Spurs to look elsewhere, although it is unclear as to how much they would need to pay to sign Atal.

If Spurs do sign Atal, though, it could be a massive boost for Norwich in their hopes of retaining Aarons. The defender has not had any credible links to other clubs ahead of the summer window and that means that Norwich’s chances of keeping him could be boosted by Tottenham backing away.

It could now be down to what Spurs do with their interest in Atal and whether or not Nice are willing to play ball.

If they are not, Norwich could be in danger of losing Aarons to the North London club, assuming they are ready to revisit their pursuit of the right-back. 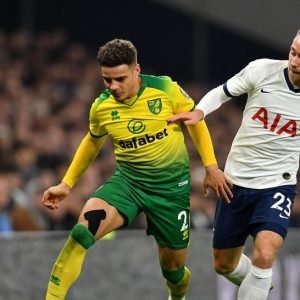