A number of Wolves fans have voiced their concerns over the referee appointed to manage their clash with Norwich this weekend.

Wolves and Norwich face off against each other at Molineux on Sunday, with both teams coming off the back of failing to score last time out.

Norwich lost 1-0 to Liverpool last weekend, whilst Wolves were held to a 0-0 draw by Leicester on Friday night.

In the reverse fixture between the two clubs, Daniel Farke’s side put up a fight. Todd Cantwell handed Norwich the lead at Carrow Road with a crisp finish into the corner, only for two second-half goals from Romain Saiss and Raul Jimenez to seal the three points for the away side on the day.

Chris Kavanagh has been appointed as the on-field referee for this match, whilst Michael Oliver will be sat in Stockley Park operating VAR at Molineux.

These Wolves fans reacted to the news…

Twitter: @TalkingWolves Michael Oliver on VAR 😂😂😂😂😂, so basically if we score it will be disallowed 🤔 (@LawrenceHayne10)

Twitter: @TalkingWolves @FW90 Oliver again on “Project stop Wolves and Sheff Utd”. Two games on the trot on VAR against us,… https://t.co/5v3AL86hF8 (@Richwolves64)

Twitter: @TalkingWolves When we score I won’t even bother standing up. (@ezzalodge)

Twitter: @TalkingWolves That’s it then not going now or even going to watch (@PaulEveritt11)

Have you been happy with the standard of refereeing this season? 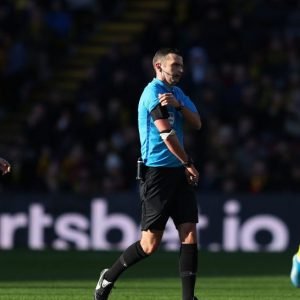 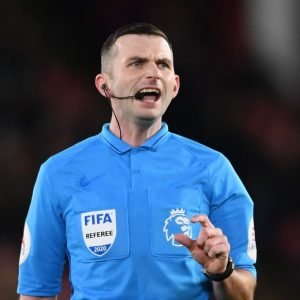