A collection of Norwich fans have taken to Twitter to reminisce about Timm Klose’s last-minute equaliser against Ipswich in 2018.

The Canaries have built-up a reputation for scoring late goals under Daniel Farke, dating back all the way to his very first competitive game in charge. Nelson Oliveira struck in stoppage-time to secure a 1-1 draw against Fulham, with plenty more to come after that.

Another one of these late goals was, indeed, Klose’s header against Ipswich. The Canaries have not lost to their East Anglian rivals in over 10 years, but they came close to doing so that year. Luke Chambers’ header from a corner gave Ipswich the lead with just minutes to go at Carrow Road, but Klose rose in the six-yard box to guide a Grant Hanley cross into the corner in the 95th minute.

These Norwich fans looked back at the goal…

Twitter: @TalkNorwichCity I was there, so enjoyed the look on all the Ipswich fan faces when that hit the back of the net… (@CanaryWundaboy)

Twitter: @NorwichCityFC That burst of pace from Hanley is exceptional (@derekwear)

Twitter: @TalkNorwichCity “Norwich will not be denied” @CGoreham this ought to be the club motto 🔰 (@theshauncoomer)

Twitter: @NorwichCityFC What a cross, what a header, will they ever beat us?? 🤣 (@flett275)

Has Klose been Norwich's best defender in the last 10 years? 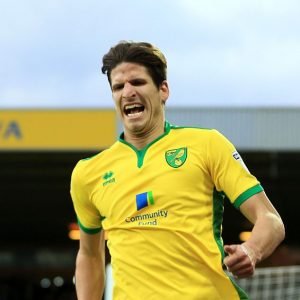 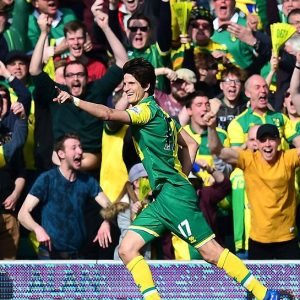