Alex Tettey is currently Norwich’s longest-serving player and has been at the club since 2012.

He joined the Canaries from Ligue 1 side Rennes and has racked up 226 appearances for the club to date. In that time, he has managed to score eight goals – averaging one per season.

Tettey even scored on his debut for Norwich against Doncaster in the League Cup back in 2012. He was assisted by none other than current Tottenham and England forward Harry Kane, who was on loan to Norwich from Spurs that season.

He has since gone on to score against Brentford, Sunderland, Sheffield United, Manchester United, Watford, Preston and Southampton in his Norwich career.

These Norwich fans reacted to a highlights clip of Tettey’s goals for the club.

Twitter: @NorwichCityFC One of my favourite players ever 🔥🔥 so glad he didn’t go 🔰 (@SammyClors14)

Twitter: @NorwichCityFC If you don’t buy a ticket you can’t win the raffle. Tetts has a gambling addiction with 30 yard screamers. (@flashnigel)

Twitter: @NorwichCityFC Fully respect the way he doesn’t score many, but still tries to score 30 yarders every game (@LewisMatthews1)

Norwich host Liverpool at Carrow Road on Saturday as they aim to become the first team to beat the Reds in the Premier League. Jurgen Klopp’s side have won 24 of their 25 league games so far this season, drawing once.

Was his goal against Sunderland his best? 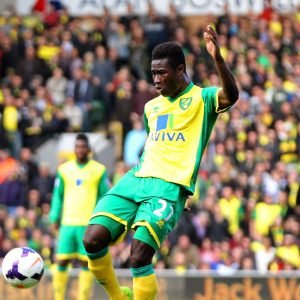 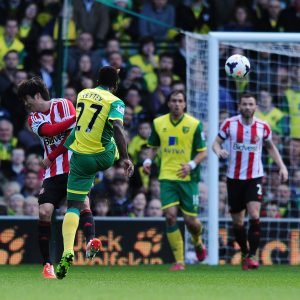