Ben Woodburn is set to travel on Liverpool’s pre-season tour to the United States despite loan interest from Norwich City.

According to the Mirror, Norwich are set to fight Sheffield United for the youngster, with the Blades looking to replace youngster David Brooks who left for Bournemouth this Summer.

Woodburn has been heavily linked with a temporary move away from Anfield this summer. 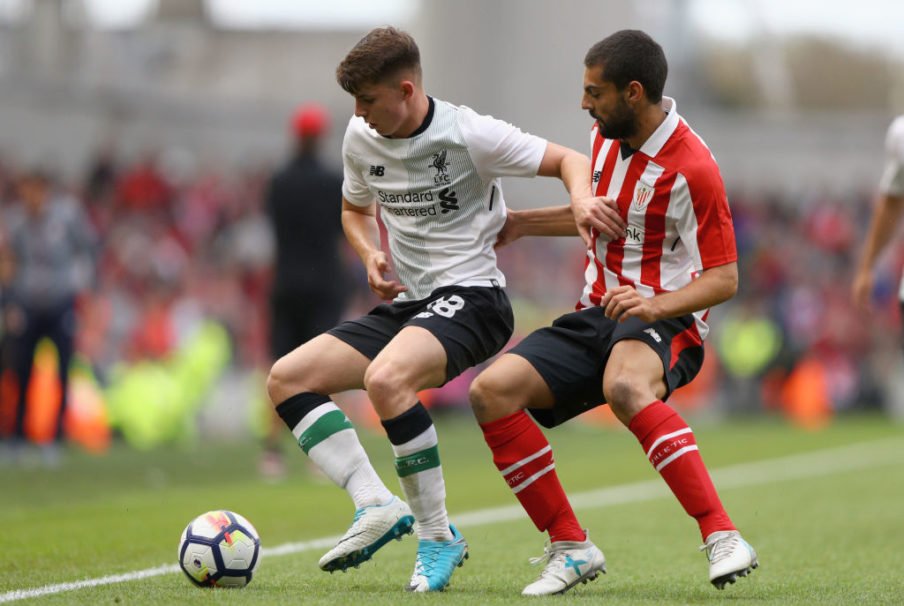 The youngster was on the fringes of the first-team squad last season but was unable to break into the side on a regular basis, making just two appearances in all competitions.

Twitter: Understand Ben Woodburn is likely to travel with #LFC on their US tour despite loan interest (Norwich/Sheffield Utd… https://t.co/fP7k31YVEn (@neiljonesgoal)

There had been suggestions that Jurgen Klopp wanted to keep the player close to the first-team squad for the sake of his development, but a loan move would offer him the chance to play regular first-team football.

With Woodburn in the squad for the US tour, it seems that the Welshman will be given a shot at first-team football despite the loan interest from Norwich and Sheffield United.