Pritchard turns 24 today, as he comes to the end of his first season at Carrow Road – with one last league match against QPR on Sunday.

The midfielder has scored six goals and registered ten assists in all competitions so far, despite only starting 23 matches.

A common complaint earlier in the season from Norwich fans was that Alex Neil was under using Pritchard, which has perhaps been proven by his form under Irvine.

Pritchard has started every match since Irvine took temporary charge, and has been a shinning light for the Canaries.

Speaking to Norwich’s website, Irvine said this about Pritchard:

I think he’s got a big part to play.

He’s a very talented player, there’s no question about that. I’ve started him in every game since I took over. 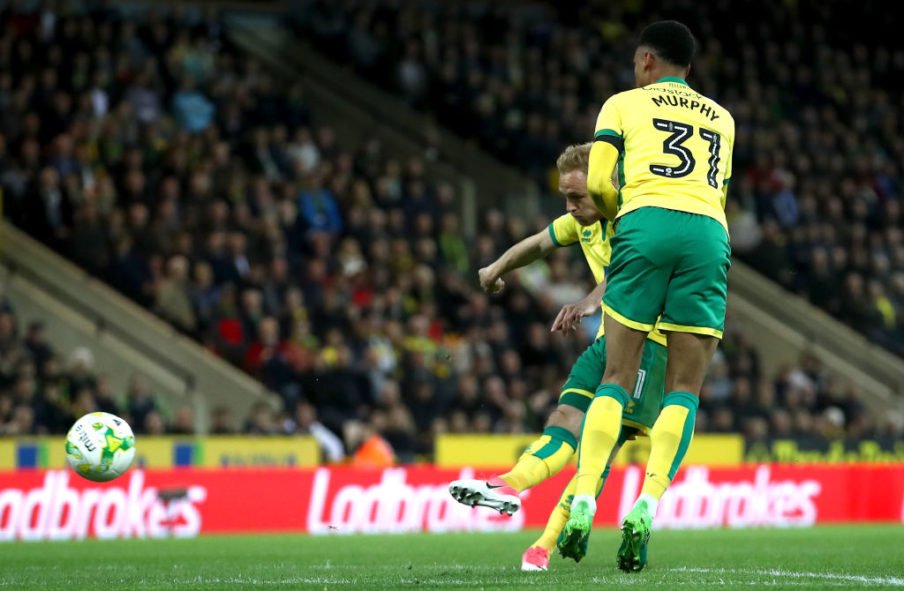 I’ve been really impressed with how he’s done. He’s part of the team but he’s a part that has fitted in extremely well.

He’s been influential in a number of the games and he needs to keep that form up and go forward again next year.

He’s a young player who’s still got things to learn, still got progress to make, but he’s certainly a player who can be very much part of the future.

Norwich fans will now be hoping the club can keep hold of the former England under-21 international into next season.

The club confirmed they are letting go of seven first-team stars, with John Ruddy and Ryan Bennett the headline names.