Dieumerci Mbokani has said that he is interested in returning to England this summer.

Mbokani spent last season on loan at Norwich in the Premier League, and is now eyeing up a move back to England.

He is currently playing for Dynamo Kiev in Ukraine, but is heavily expected to leave the club this summer.

With a good offer , I would leave. There was already interest from several leagues , but I want most of all back to England. 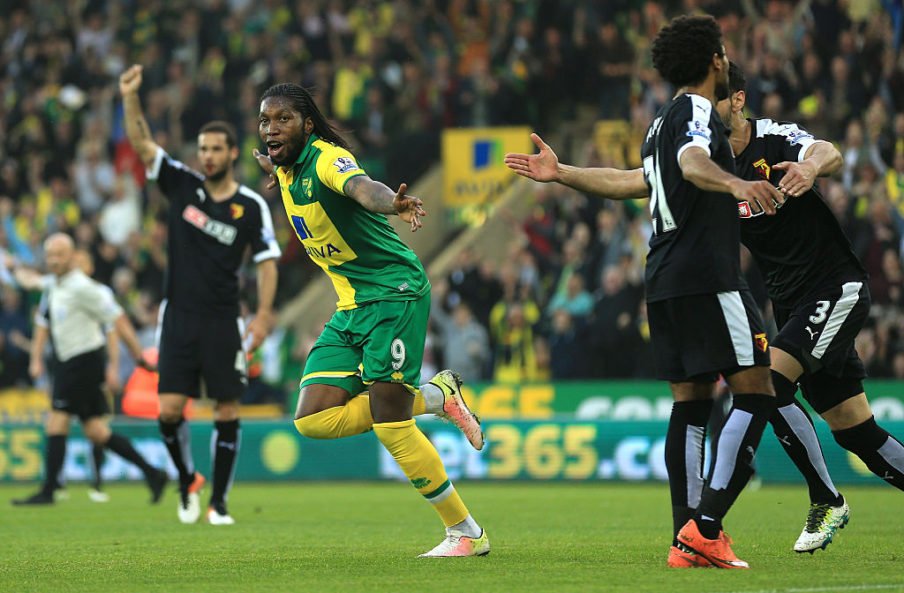 Mbokani did have a clause in his Norwich loan that enabled the club to sign him for a set fee, which wasn’t exercised. However, they may now feel they can get him for a cut-price fee with Kiev wanting to sell the forward.

The Congolese striker only started 14 Premier League matches for Norwich last season, but was able to score seven goals. Mbokani was Norwich’s top goalscorer, and would be a welcome addition to Norwich’s squad this season.

Alex Neil is on the lookout for a new number nine, but could he go and bring back last season’s number nine? This remains to be seen…